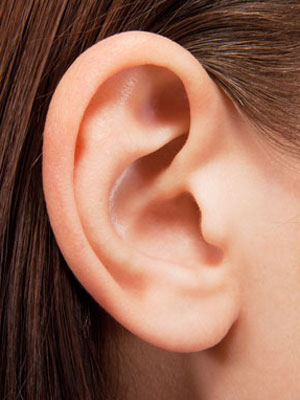 Chances are that if you gave birth to a child in the past 5-years things will happen in their lifetime that will be totally remarkable. Especially if your young one was born without the sense of sight. On the horizon are advances in science that will allow that person, as they reach their 30th birthday, to be able to see. Whether it’s by mechanical, electronic or biological means, the precious gift of sight will be brought to them for the first time.

Already scientists are able to teach a person without vision to perceive certain stuff. From an implant standpoint, there are devices waiting for approval, which will give some people internal telescopic vision.

Imagine your child will live a life in the next 50-years where the impossible becomes as commonplace as getting your ears cleaned.

But for now, a recent discovery has been unveiled which states that blind people can learn to interpret visual input by using their ears.

Seeing With Your Ears

A recent study published in the Cell Press journal Neuron reports that even after years of complete blindness there might be a way for some patients to see. By using the person’s ears to be the gateway to the brain, this research blows the lid off the belief that the visual cortex of the brain has limited capacities. Now we know we’re smarter than we thought.

Taken directly from Cell Press are these encouraging words:

“The findings challenge the common belief that if the visual cortex of the brain is deprived of information in early life, it may never develop functional specialization.”

“The adult brain is more flexible that we thought,” says senior author Prof. Amir Amedi, of the Edmond and Lily Safra Center for Brain Sciences and the Institute for Medical Research Israel-Canada at the Hebrew University Medical School.”

“In their studies, Prof. Amedi and his colleagues taught congenitally blind adults to use sensory substitution devices (SSDs), which are non-invasive sensory aids that provide visual information to the blind via their existing senses. For example, when a person uses a visual-to-auditory SSD, images from a video camera are converted into “soundscapes” that represent the images, allowing the user to listen to and then interpret the visual information coming from the camera (i.e. “seeing” with sounds).”

Once the patient is taught how to use these SSDs, sightless folks can exercise the gizmo to actually learn to read the letters on a printed page. How it works: The sounds begin to allow the brain to actually see the text. As visual images. Pretty encouraging stuff for folks who have been told they’d never be able to see.

It all happens in a part of the noggin called the Visual Word Form Area (VWFA). Takes a couple of days of instruction, however the results suggest by “tuning” that section of the brain shows, reading doesn’t depend on vision.

Again, from the journal Neuron:

“Blind people could also use SSDs to recognize soundscapes of visually complex categories such as faces, houses, and body parts. The results suggest that distinguishing meaningful shapes does not require vision, even though the brain activity that’s needed to do so takes place in the part of the brain normally associated with vision in sighted individuals.

The findings also give hope that reintroduced input into the visual centers of the blind brain could potentially restore complex vision, and that SSDs might be useful for visual rehabilitation. “SSDs might help blind or visually-impaired individuals learn to process complex images, as done in this study, or they might be used as sensory interpreters that provide high-resolution supportive synchronous input to a visual signal arriving from an external device,” says Professor Amedi.”

In other words, what is happening today will help frame future advancements. Add to that a few other efforts in the field of medicine, those who cannot see have hope. And it will only get better.