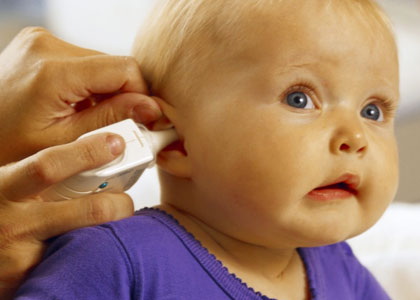 As a new, first-time parent, there’s something you may run into as your kid grows. It’s not unusual, but mom and pop need to see us at ENT Center of Austin ASAP.

It’s called a middle ear infection. Millions of children develop this affliction annually. You’re not alone. While misery loves company, you will need to change that path to recovery from this bacterial illness. It’s usually treated with antibiotics. However recently a whole new set of guidelines have been released to professionals.

Why the Change?
It started in 2004. That’s when the American Academy of Pediatrics (AAP) got together. A major point of discussion was focused on how better to treat young kids from the ages of six-months to 12-years and how to do it by using less antibiotic solutions.

You see, while antibiotics were once considered to be better than an apple a day, there were unintended consequences when too much of it was prescribed by doctors. The problem is: We build-up a resistance to antibiotics. Because of that, when something really serious happens, antibiotics won’t work. Our bodies become less able to fight the big issue by the overuse of this one-time “miracle drug.”

Then in February, 2013…
New guidelines have been carefully put together, published in the journal Pediatrics. Here are what doctors, researchers alike agree upon when a middle ear infection might be the cause of your child’s complaint about their ears and hearing. What should be treated immediately and what should be observed before any treatment begins.

It states that children should get antibiotics right away if we at ENT Center of Austin find that things have gotten severe in the ear:

One of the co-authors of the recommendation is Richard Rosenfeld, professor and chairman of otolaryngology at SUNY Downstate Medical Center in Brooklyn, N.Y. He told USA Today:

“These account for fewer cases, but “we know from studies that they get the most benefit from an antibiotic right away,” says Rosenfeld.”Kids without these symptoms tend to get well on their own and can be safely observed for a few days.”

“Observation doesn’t mean sitting back and doing nothing, however. Ibuprofen or acetaminophen should be given to relieve pain. “If it’s going to improve, it will happen in 72 hours. If a child’s symptoms get worse or don’t improve in that time, they should be given antibiotics,” he says. In studies where the observational option has been offered, two out of three kids get better without an antibiotic, he adds.”

More from USA Today
They write, based on the new guidelines, these other matters:

If your pride-and-joy comes down with a middle ear infection, make an appointment with us as quickly as possible. We’ll fix them right up, whether it’s through watching and waiting or prescribing any medication. Take it seriously, but don’t panic. As we wrote at the beginning, you’re not alone.