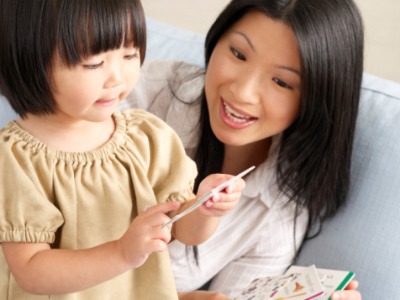 It sounded somewhat weird when the former Secretary of State Donald Rumsfeld said it, but when you read it, the quote makes sense:

But at the Triological Society Combined Sections Meeting recently, a group of experts got us closer to actually knowing something: The scientists were focused on one matter in a particular discussion. A child’s delay in speaking. Basically they said it’s imperative to tell the difference between what’s a problem and what’s not. At least as it applies to a child who’s not able to talk when the time is right.

A Couple of Things to Ponder

An Arizona, speech pathologist, Carla Zimmerman, PhD, noted that speech delay can be thought of in a pair of different ways.

Boys are a little slower than the opposite sex, but not by too much, so you can dismiss the difference in gender.

Children who are considered “late talkers” — don’t rattle-off the Declaration of Independence — between a year-and-a-half and two-and-a-half years fall into this category. They appear to understand what you’re saying and will eventually outgrow the issue. The matter of concern is who are these young ones that require special care. And how do you know? What are the warning signs?

Take a look at the risk factors of late talkers:

The takeaway is that if your child shows any signs of the risk factors above, it’s a good idea to make an appointment with the Ear, Nose, Throat & Allergy Center of Austin. Dr. Zimmerman adds, “There is a window of development for children, and if we catch the children early enough that they’re still in that window of potential learning, we can get a lot more bang for our buck.”