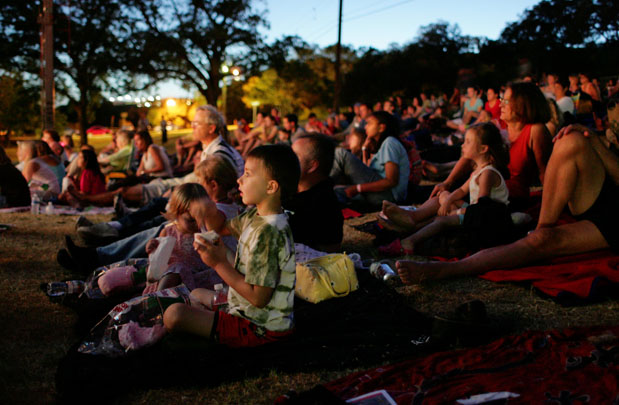 The ENT Center of Austin knows how important your ears are to your everyday life. Dr. Karen L. Stierman, Dr. Russell D. Briggs and Dr. Kimberly M. Hewitt are experienced and dedicated to keep you and your children hearing the wide spectrum of sound that adds quality to one of our most important senses.

But we’re not just about treating these precious organs, we likewise know how to feed your ears with sounds. For instance, this weekend at the Zilker Hillside Theatre there’s a special two-day treat that’s free and a great delicacy for those pair of organs.

The Final Free Concert of the Season

Nestled in a grove of 100-plus year old pecan trees is a is a natural amphitheatre which hosts many diverse events. On this coming Friday and Saturday evenings, starting-off at 8 PM, grab a picnic basket, some comfy blankets. You won’t be able to roll-out your sheets until after 6, but that’s no reason not to stake-out a space across from the Barton Springs Pool.

That’s when an ACO tradition strikes-up the band with a free Pops Concert in Zilker Park. And guess what, you have a shot at being the guest conductor! The organizers have set-up a raffle. The winner will be the one chosen to conduct our National Anthem — Stars and Stripes Forever! The theme of this event are pieces the orchestra should have played but did not have a chance to perform on its actual anniversary. It’s called “Missed It By That Much.”

Yours ears will be tickled with music classics we all grew up with. Tunes from the movies that should perk-up young and old alike. Take a look at this line-up: