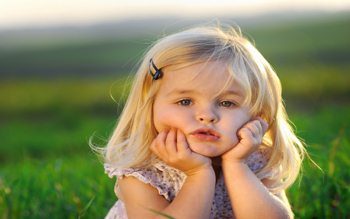 It’s going to be a pain in the neck if your child has a tonsillectomy. Both for the patient, but likewise the parent. The popsicles and Jell-O are a plus. There’s a slight risk during the operation. Pretty low, though (as long as it’s not performed in a back alley).

Problems that can arise after an operation, often come from the medications a child takes to relieve the pain. The Food and Drug Administration (FDA) has raised the red flag, warning doctors against prescribing codeine to some children after the procedure.

It was just issued by the FDA in February of 2013. We’re going deep, now. Caution: Science ahead. Here’s what the agency said:

“The U.S. Food and Drug Administration (FDA) is updating the public about new actions being taken to address a known safety concern with codeine use in certain children after tonsillectomy and/or adenoidectomy (surgery to remove the tonsils and/or adenoids). Deaths have occurred post-operatively in children with obstructive sleep apnea who received codeine for pain relief following a tonsillectomy and/or adenoidectomy. Codeine is converted to morphine by the liver.  These children had evidence of being ultra-rapid metabolizers of codeine, which is an inherited (genetic) ability that causes the liver to convert codeine into life-threatening or fatal amounts of morphine in the body.”

“A new Boxed Warning, FDA’s strongest warning, will be added to the drug label of codeine-containing products about the risk of codeine in post-operative pain management in children following tonsillectomy and/or adenoidectomy. A Contraindication, which is a formal means for FDA to make a strong recommendation against use of a drug in certain patients, will be added to restrict codeine from being used in this setting. The Warnings/Precautions, Pediatric Use, and Patient Counseling Information sections of the drug label will also be updated.”

The FDA didn’t stop there. They went on to say:

“In August 2012, FDA announced it was reviewing the safety of codeine due to cases of deaths and serious adverse events in children who took the drug after a tonsillectomy and/or adenoidectomy and had evidence of being ultra-rapid metabolizers of codeine. FDA conducted a comprehensive safety review to identify additional cases of overdose or death in children taking codeine and to determine if these adverse events occurred in any other treatment settings. Many of the cases of serious adverse events or death occurred in children with obstructive sleep apnea who received codeine after a tonsillectomy and/or adenoidectomy. Since these children already had underlying breathing problems, they may have been particularly sensitive to the breathing difficulties that can result when codeine is converted in the body to high levels of morphine. However, this contraindication applies to all children undergoing tonsillectomy and/or adenoidectomy because it is not easy to determine which children might be ultra-rapid metabolizers of codeine.”

“Health care professionals should prescribe an alternate analgesic for post-operative pain control in children who are undergoing tonsillectomy and/or adenoidectomy. Codeine should not be used for pain in children following these procedures.”

“For management of other types of pain in children, codeine should only be used if the benefits are anticipated to outweigh the risks.”

“Parents and caregivers who observe unusual sleepiness, confusion, or difficult or noisy breathing in their child should stop giving codeine and seek medical attention immediately, as these are signs of overdose.”

That’s why when our surgeons at the ENT Center of Austin and subsequent follow-up by our doctors will steer clear of codeine. We know better ways to ease the pain.