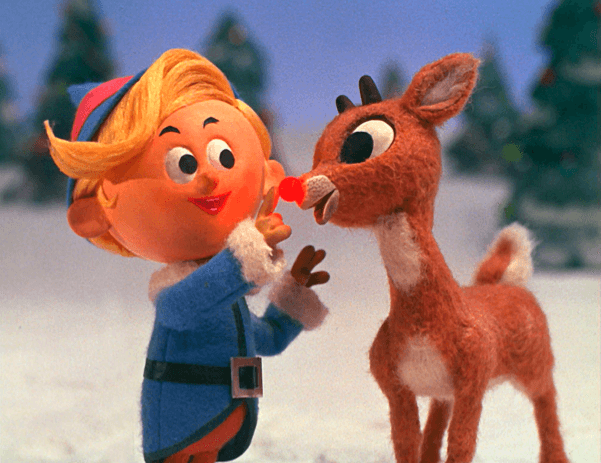 We’re all adults here. Our childhood fantasies like a belief in the tooth fairy, the monster under our bed and Santa Claus have all gone the way of the great auk. However, let’s suspend our cynical adulthood brain chip for a moment.

We know the stories. Jolly Ol’ St. Nick’s sled was powered by reindeer: Dasher, Dancer, Prancer, Vixen, Comet, Cupid, Donner, Blitzen and the one with the red nose, Rudolf. You can choose to disbelieve in the guy who lives at the North Pole, however there is actually a reason for Rudolph’s vivid red schnozzle.

A study, released around Christmas in 2012, has a startling report on Rudy’s red beak. Just ask the fellow who lead a team to find out why. His name is Professor Can Ince, Department of Intensive Care Medicine, Erasmus Medical Center, Erasmus University in Rotterdam, Netherlands.

In a Press Release distributed a few months back, here’s the low-down. And it doesn’t just involve Rudolph:

“Rudolph’s nose is red because it is richly supplied with red blood cells which help to protect it from freezing and to regulate brain temperature.

“This superior “nasal microcirculation” is essential for pulling Santa Claus’s sleigh under extreme temperatures, reveals a study in the Christmas issue published on bmj.com today.

“Tiny blood cells (known as micro-vessels) in the nose are vital for delivering oxygen, controlling inflammation, and regulating temperature, but few studies have assessed their function in detail.

“Knowing how important this regulation is for flying reindeer, who have to deal with extremes of temperature while pulling a sleigh, researchers in the Netherlands and Norway set out to test whether Rudolph’s infamous red nose was due to “a highly dense and rich nasal microcirculation” compared with human noses.

“When the technique was applied to two reindeer noses, the researchers found a 25% higher density of blood vessels, carrying a super-rich concentration of red blood cells.

“They also found a high density of mucous glands scattered throughout the reindeer noses, which they say helps “maintain an optimal nasal climate during changing weather conditions and extremes of temperature as well as being responsible for fluid transport and acting as a barrier.”

“The microcirculation of the nasal mucosa in reindeer is richly vascularised and 25% denser than that in humans,” say the authors. “These factors explain why the nose of Rudolph, the lead flying reindeer employed by Santa Claus to pull his sleigh, is red and well adapted to carrying out his duties in extreme temperatures.”

So Santa may be a fig newton of our imagination, but we now have proof that Rudy wasn’t alone. Go to the zoo. Find a reindeer. Check ’em out. Take the kids.

Just don’t reveal the mystery of Santa to the young ones. They’ll figure it out on their own eventually.